Just a peak at past ACTING projects

Just a peak at past COMME​RCIAL projects

"I fell in love with acting as a child, and pursued the dream of becoming a professional with a vengeance.  After college, where I studied Theatre Arts and Speech, I went on to complete a two year program in New York at the prestigious Playwrights Horizons Professional School, studying writing and directing, in addition to acting. After that I worked extensively in theater as an actor, then transitioned into directing and writing, all the while still working as an actor.  I went on to work in TV (both series work and commercials), as well as voice-overs, print work, and industrial training videos.  But one huge claim to fame is four years as a guest host on QVC.

I have had so many wonderful acting opportunities, but there have also been challenges.  Often these challenges came from a lack of experience.  There is so much about the business of this business that no one tells you, so years ago, I began to teach - not only the craft of acting, but the business as well.  Now I have 15 years experience as an artist-in-residence at in the public schools, in addition to working as a university adjunct professor.  These days, an artist needs to know their craft, and know the business as well, and I want to help with both.  It makes me very happy to do what I love, but it also makes me happy to share what I know."

Six years ago I made a vow to do something different every day.  This was Day 2.

P.S.  It got better.  And check out my TRAVELS page! 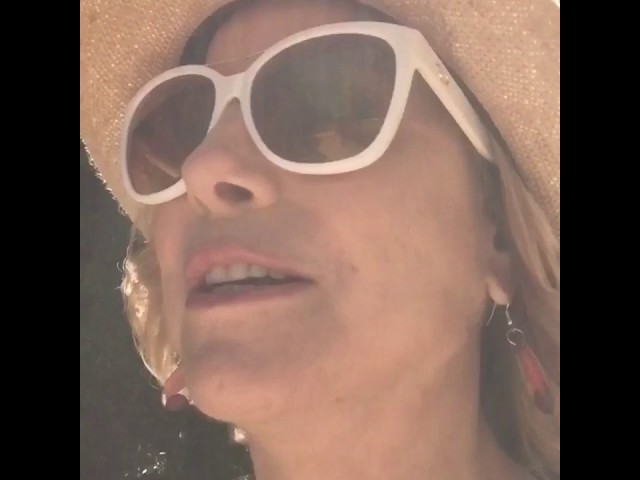